Full version available on Patreon for $5 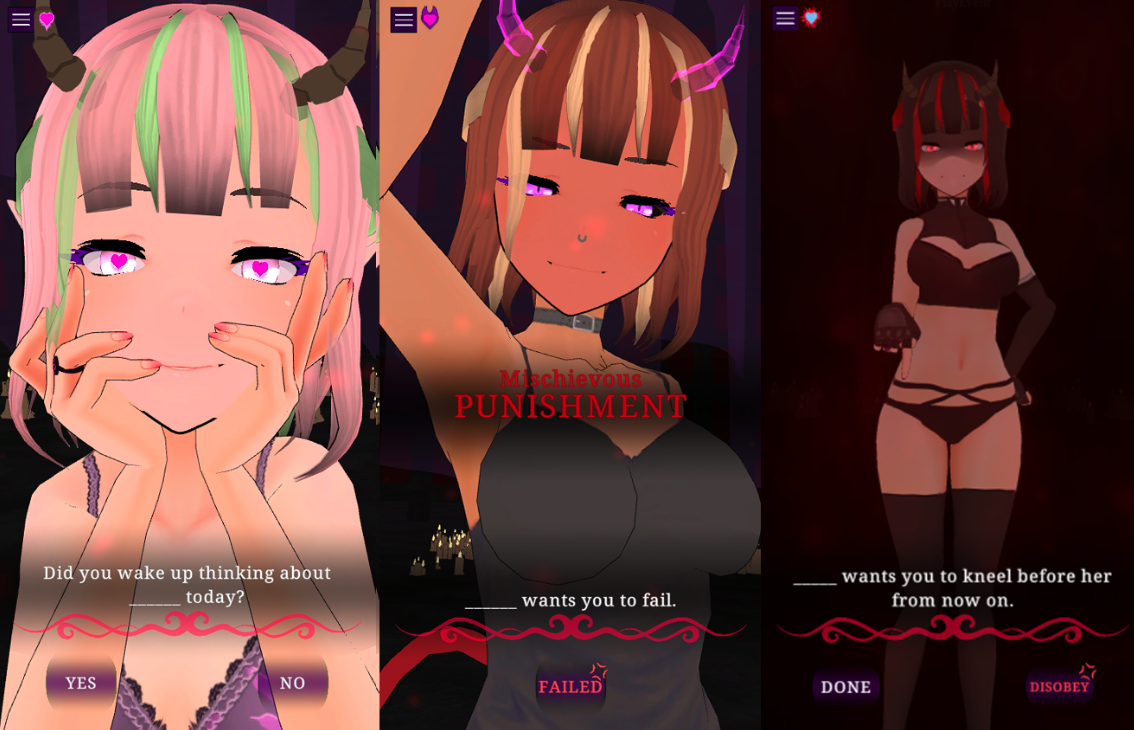 After last month’s focus on visual customization, I felt it was time for VS to get more core gameplay refinements.

First and most importantly, the new Special Mood rework. There’s now several special moods that can happen throughout a session. To sum up the system:

Each state is layered upon the current base mood; it severely affects what kind of tasks you’re given and how she reacts to things like disobeying. They all have their own visual effects and can impact expressions.

These features have also allowed for the addition of a popular request: Yandere Mode! Don't expect her to be reasonable. Many more gameplay changes can be found in the full patch notes below.

Lastly, I’ve also added the April 1st event. I hope to claim the title for the worst April Fools event ever added to a NSFW videogame; thus, it is absolutely horrible. It’s going to apply to the demo too, which I believe to be a 10/10 marketing decision. Bring your best cringe tolerance.

Don't want to pay, just like the idea? You can do that. The system is now SIGNIFICANTLY better for this, and based on feedback, it seems to be a common situation.

Only want to play around with $10? You can do that.

Actually a billionaire and only $50,000 tributes will get you off? Totally doable. (please god help me pay for the patron loss on April 1st)