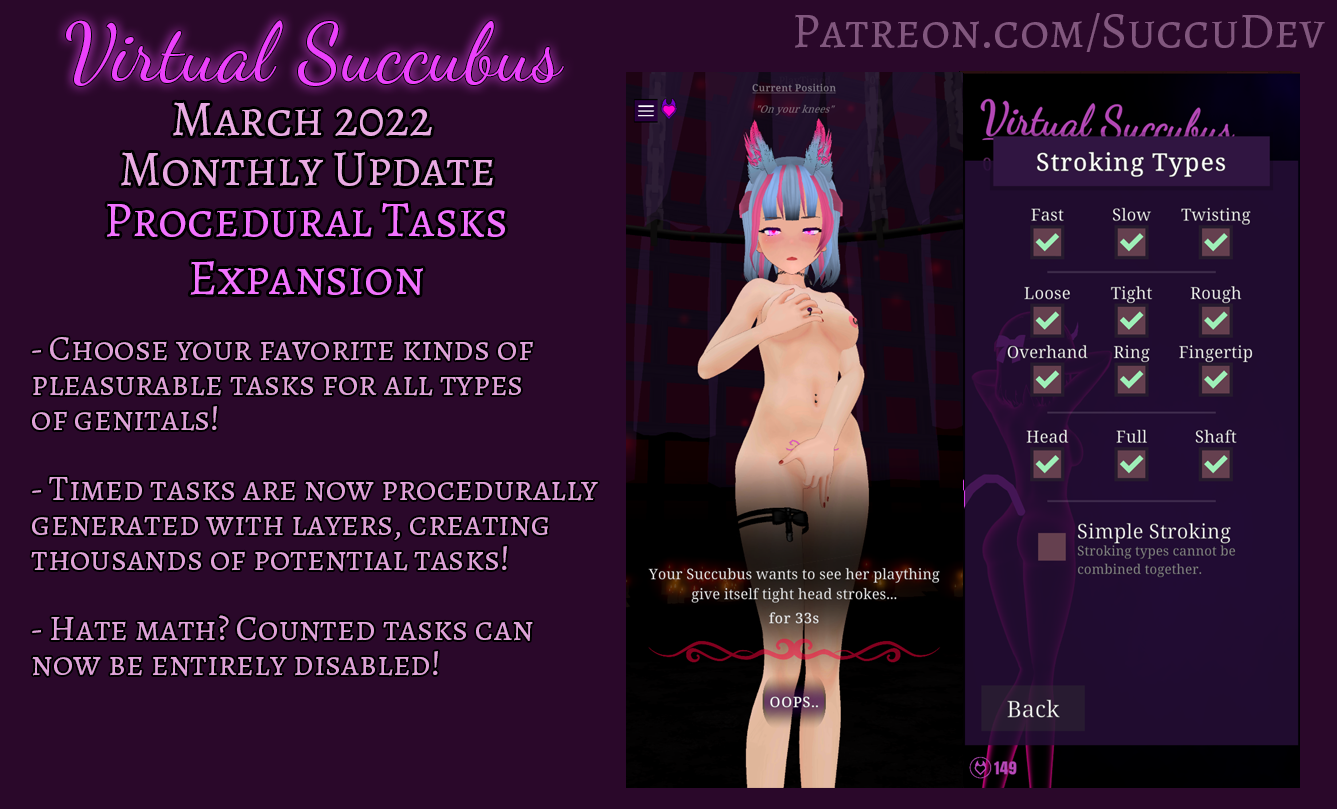 The download for this version can be found here.

Counted tasks have always been a little divisive, but I haven’t been able to allow for the disabling of them due to some internal stuff and the fact variety would be very significantly hurt. This patch changes that by reworking timed tasks and adding more layers, and at the same time makes it much easier in the future to add more variety.

The stroking tag selection feature is yet another sore spot; while the game is all about telling you what to do, some stuff just doesn’t work for certain players. This new system allows significantly increased variety, and more customization for what actually works for each player’s preferences!

With the new stroking task layer, and timed task layer compatibility, variety in general is greatly increased. Most tasks in the game can now be combinations of multiple instructions, meaning you should see far less exact repeats with enough toggles enabled. You can expect further improvements in the future, as content additions to both of these systems now have an exponential effect compared to when they were all separate tasks.

I'll be looking at creating something totally new for the game rather than refinements for next month, as I've been working on cleanup for a while.

I hope you all enjoy!

Dev Note: This is effectively a very large increase in potential task variety, depending on your toggles. It also makes it possible to totally disable counted tasks while retaining the Themes function, which has been a sore point for many.

Dev Note: Combined with the new Stroking task layer, this increases the variety of pleasurable tasks you can get by a lot.

Dev Note: I apologize but there won't be a new April Fools event. time constraints have been very rough for these more complex old system tweaks, and I wanted to prioritize the more important work.