You can find the download for this version here. 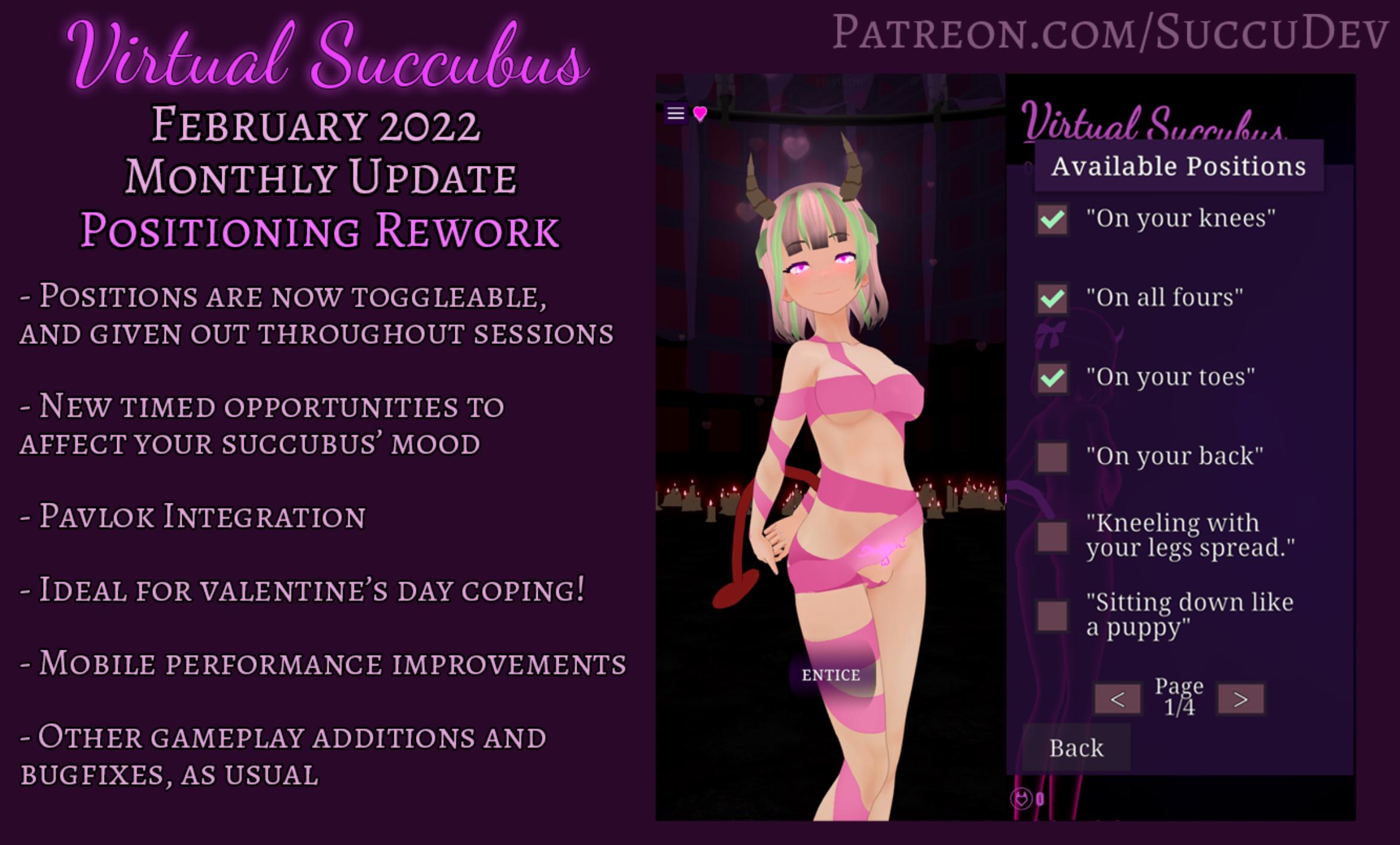 Painless is one of the oldest requests for this game, which somehow wasn’t taken into consideration at the start and thus was far more difficult to add than it should’ve been. I hope it pleases a few of you out there that may have been mitigating this issue otherwise.

The loading changes should hopefully alleviate some of the mobile crashing issues that have been happening; I appreciate any reports of improvements or changes.

The positioning rework is focused around making positioning as a whole more compelling for a wider part of the playerbase; now, you can set specific positions that are manageable/comfortable for you and match your effort level depending on how you usually play!

Opportunities should spice up interactions and allow you a bit more control over how sessions play out. Want to spice it up a bit? Provoke or taunt her, and get different tasks for a little while!

It’s called a Pavlok, and it was surprisingly simple to implement compared to all other Bluetooth devices. (don’t worry, I’ll look into that eventually, just a very very big scope thing comparatively; this took a few hours). I found the idea of breaking the game <-> reality barrier with negative reinforcement pretty interesting compared to positive, so I spent a bit of time adding it! I’m sure this won’t be a hugely popular feature due to the cost, but this is more of a little passion feature kind of thing.

If you’re interested in looking into that, you can find a referral link here!

Dev Note: It’s now really easy for me to add positions, and they’re all optional, so I’m very open to suggestions!

2. During timed punishments, you'll get a consistent loop of shocks. The lower her mood, the harsher the shock.

3. During counted tasks, she'll give you an ever-growing series of shocks. Don't take too long, or it will get harsher and harsher.

Dev Note: This implementation can easily be expanded upon depending on the interest in the feature/device! There's a lot more I could do here, but I’ll need to see some interest first.

Dev note: This is not the end of improvements to mobile loading, but I'd appreciate feedback for lower-end mobile devices (2-3gb RAM)